The Ratiu Forum – a partnership between LSE IDEAS (London School of Economics) and the Ratiu Foundation – is now accepting applications for the 2023 Business and Financial Journalism Workshop, a project supported by the British Embassy Bucharest. Applications are open to dynamic and ambitious Romanian journalists who wish to advance their professional skills in business and finance reporting, and to build a network of key leaders in business, government, and civil society.

The highlight of the British Embassy-Ratiu Forum partnership will be a three-day intensive journalism workshop scheduled for March 2023, which will be presented in English and held in Turda, Romania. The workshop will be designed and led by Graham Watts, a seasoned financial journalist with four decades of journalism training expertise who has been associated with the Financial Times for over three decades. The workshop, accommodation, and transport will be provided to all participants free of charge.

One participant will also be selected to attend the 2023 Reuters Summer School at the University of Oxford. 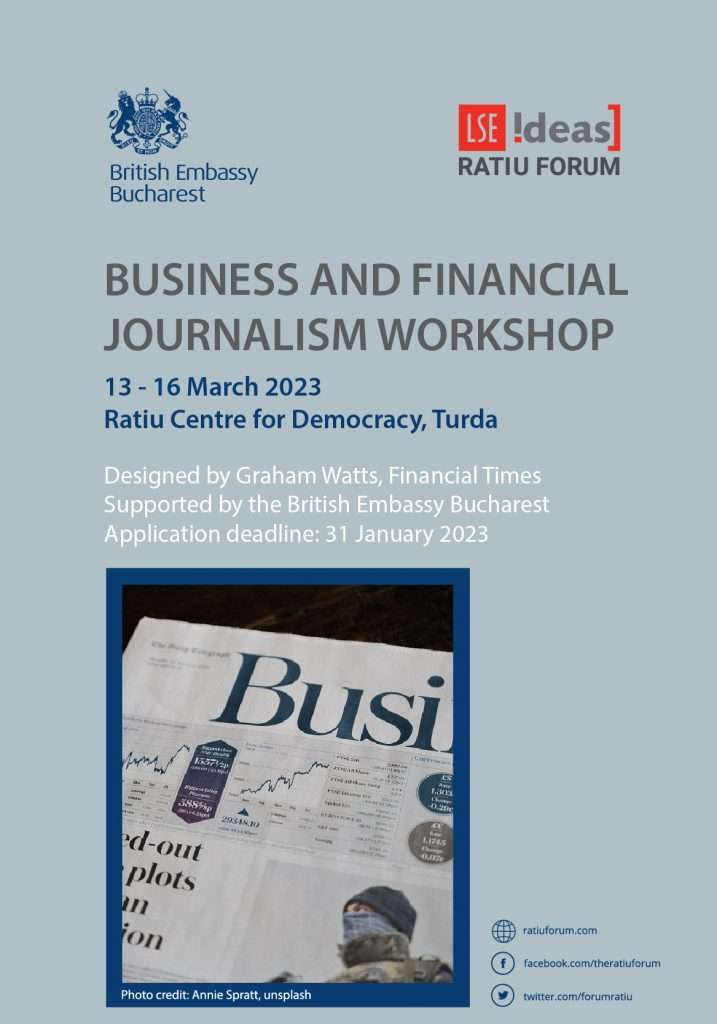 The application deadline is Wednesday, 31 January 2023.

Information note on the processing of personal data for participants:

GOALS OF THE PROGRAMME

1. To increase the number of skilled economic, financial and business journalists and analysts in Romania in order to deliver accurate, market-moving information;
2. To use world-renowned UK expertise in financial journalism to expand specialist knowledge in Romania thus increasing the quality of timely and accurate reporting of business and financial matters; and
3. To build a network of Romanian journalists, media specialists, and key leaders in financial education, business, government, civil society and the investment community.

Workshops will include some exercises and feedback to the participants; and a business matchmaking session, which will provide an opportunity to journalists to meet a handful of leaders and experts from the legislative, banking and business sectors.

In order to apply for the Journalism Mentorship Programme, interested candidates should submit the following information to Maria Branea, maria.branea@ratiuforum.com:

1. A cover letter explaining their motivation to be part of the Programme, what they would like to achieve in terms of their personal and professional development, and the key issues which they would like to explore. The letter of motivation should be no longer than 600 words;
2. A CV, preferably not exceeding two pages; and
3. A writing/podcast sample.

The Ratiu Forum will be considering the following criteria when assessing applications:

The selection procedure will consist of an assessment of submitted applications against the selection criteria listed above and will conclude with the appointment of the successful mentees. 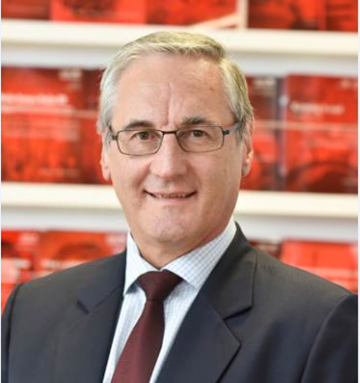 Graham Watts is an independent media consultant, trainer and editor. He has been involved in training journalists for the past 40 years – at university level in the UK, South Africa and the US, for international journalism training organisations and as unofficial in-house editorial coach at the Financial Times where he worked for 21 years. His ‘day job’ was an editor on the FT’s world news desk with joint responsibility for coverage of economics, trade and global policy issues for 17 years before he helped launch the FT Weekend Magazine in 2003 as deputy to John Lloyd, who he succeeded as editor in 2005.

Even after leaving the FT at the end of 2006 to move to Asia, he continued to conduct regular ‘masterclasses’ at the FT, which he still does, and participates in the FT’s annual graduate trainee programme. Among the consultancy and training positions he has held over the years was official writing coach for financial research analysts at an international bank in Hong Kong.

He has authored and co-authored several manuals for journalists in Asia and has edited non-fiction books. He has also done newsroom consultancy work in India, Malaysia, South Africa, Thailand and Myanmar.

He started journalism as a ‘cub’ reporter on the Daily Dispatch newspaper in East London, South Africa. Born in Durban in 1952, he now lives in England with his Thai wife, a freelance writer and translator, and their twin children.