David Mitrany, Romania and the Search for a New European Order: Lessons for Today

Join us for an online conversation about Mitrany’s impact on international relations and how his Romanian origins influenced his thinking. 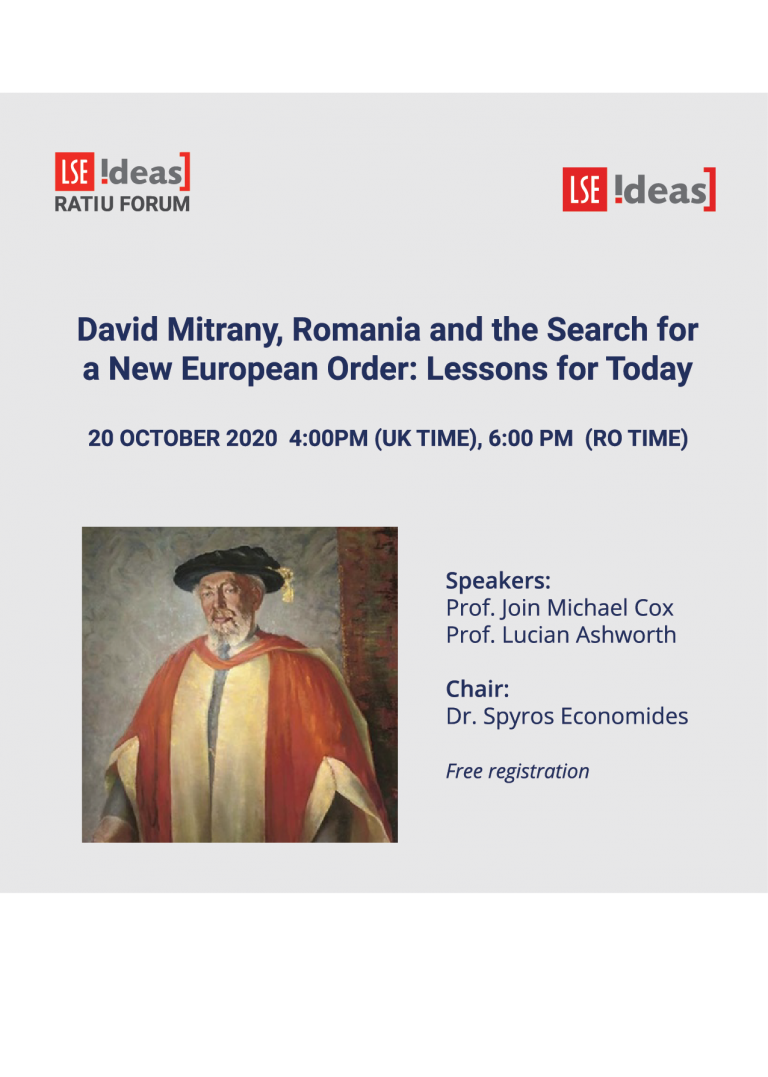 David Mitrany, Romania and the Search for a New European Order: Lessons for Today

‘David Mitrany was one of the originators, almost the founding father, of the functional approach to world government, and his pragmatic ideas have proved as relevant [now] as when they were first fully expounded in the early 1940s’. D. Anderson, Review of International Studies.

David Mitrany (1888–1975) was a Romanian-born, naturalized British scholar, historian and political theorist who studied at the LSE and is best known today for his work on international functionalism, an idea which influenced the development of European integration and the organisation of United Nations specialised agencies after World War II.

What is often ignored in the West is his work on South-East Europe. During the inter-war period Mitrany studied both the operation of war government and the subsequent peasant revolution in the Balkans. War government demonstrated that political organisation could bridge the gap between social action and private property, while the peasant social revolution showed that the abstract economics associated with both capitalist and Marxist economics was not applicable outside of urban industrial production. It was through his studies of South-East Europe that Mitrany drew many of the lessons and concepts that were to form the foundations of his international theory.

Lucian Ashworth is Professor and Head of the Department of Political Science at Memorial University of Newfoundland.
Michael Cox is a Founding Director of LSE IDEAS and an Emeritus Professor in International Relations at LSE.

EVENT CHAIR: Spyros Economides is Associate Professor in International Relations and European Politics at LSE and Deputy Director of the Hellenic Observatory.