The overall purpose of this initiative is to explore the current situation of Romanian journalism as compared to other central European states in 2019. We intend to create a journalism network hub in Romania and throughout the region, offering support and sharing professional expertise that can be drawn on from journalist abroad. 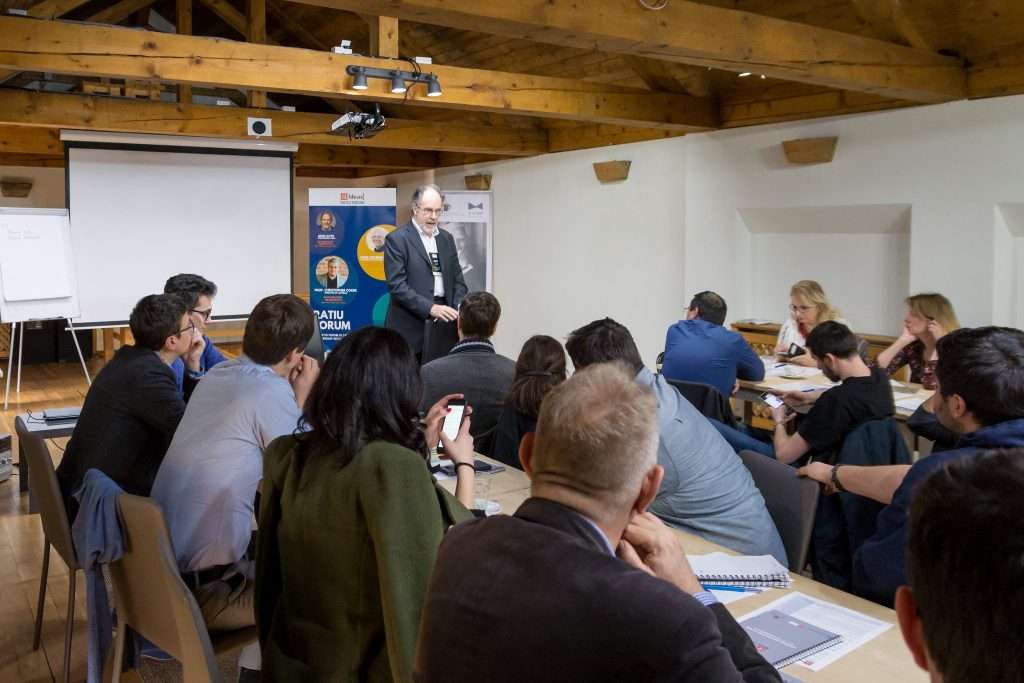 The Journalism Master Class was conducted by the East Europe Editor and Moscow Bureau Chief for the Financial Times, John Lloyd. 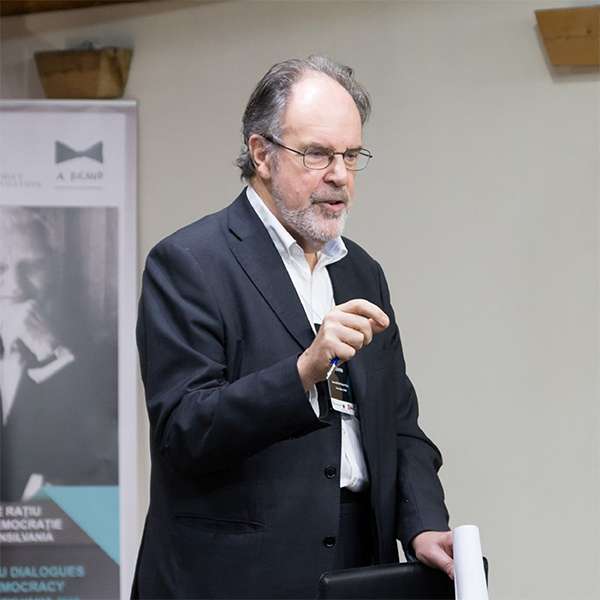 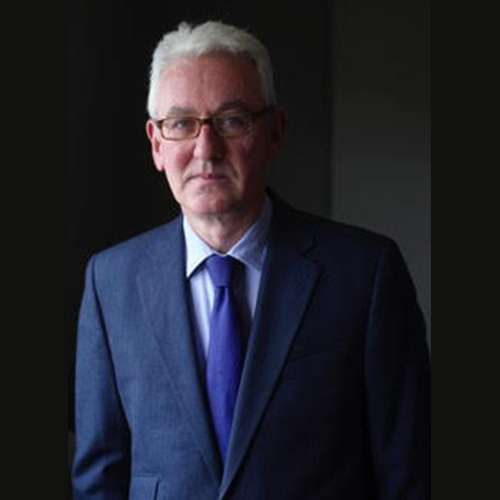 Michael Burleigh is Engelsberg Chair of History and Global Affairs at LSE Ideas, voted the world’s premier university-based thinktank in 2019-20.
He has taught at New College, Oxford, LSE, Cardiff, Rutgers and Stanford. His thirteen books have been translated into 24 languages and include The Third Reich: A New History; Moral Combat; Small Wars, Faraway Places; and Best of Times, Worst of Times: A History of Now. He won the Samuel Johnson Prize for Non-Fiction in 2001 and the Nonino International Master of His Time prize in 2011 for his life’s work. He has also won three major film and TV awards for history documentaries, including Selling Murder and Heil Herbie. He writes regularly on foreign affairs for among others The Times, The Daily Mail and Mail on Sunday. Since 2012 he has led Sea Change Partners, a geopolitical risk advisory business in the City. He is currently finishing a history of political assassination, and a book of essays on national populism. He is married and lives in central London. 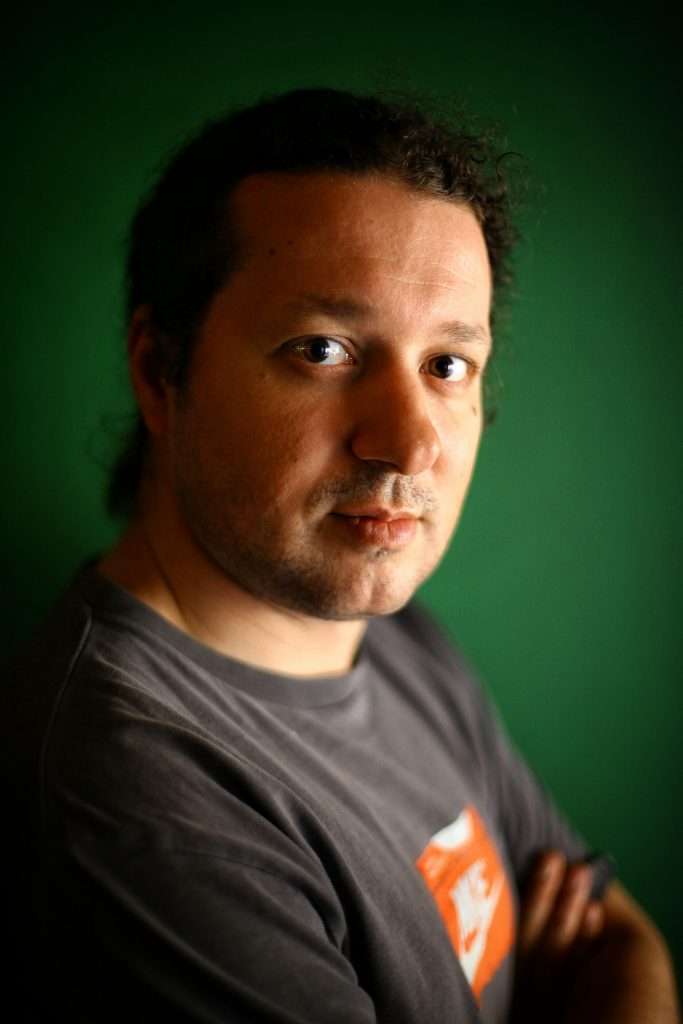 Ovidiu Vanghele started his career in 2002 when, at the end of his first university year, was hired by Medifax news agency. During his ten years in the agency he gradually became interested in more detailed subjects, closer to investigative journalism. He then joined the Pro TV news team, but also contributed to the network’s premium show România, te iubesc!. He then left mainstream media, founding the Center for Media Investigations he heads ever since. Ovidiu Vanghele published several press investigations tracing millions of Euro spent pointlessly, illegally or simply stolen. His best known investigations focused on the abuses from mental health centers, on the Romanian Academy monetary frauds, on the National Railway Company’s contracts or the acquisitions made by the leaders of what is known as “Republica Constanța”. Most of these also became judiciary investigations.
He has spent almost the entire 2016 documenting, together with Ana Poenariu, the series “Toți oamenii generalului” (RISE Project), on the personal and financial development of Gabriel Oprea, one of the biggest paradoxes of Romanian politics.
Aside from investigative journalism, the past years he formed and headed the editorial team of EurActiv Romania. At present Ovidiu Vanghele is editor of Romania’s biggest fact-checking platform, factual.ro, a Funky Citizens’ project.
He has been teaching investigative journalism at the Faculty of Journalism and Communication Sciences – University of Bucharest since 2016. At the same time, since 2017, he coordinates the Să Fie Lumină project together with Vlad Stoicescu. As of 2020, he is also a collaborator of Ziare.com. 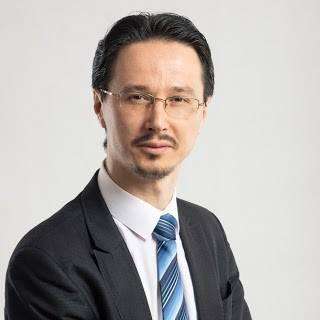 Cristi Danileţ is a Romanian judge since 1998. He has been adviser to the Minister of Justice for two years and member of the Superior Council of Magistracy for six years. He is currently working at the Cluj County Court, Romania, specialized in criminal matter. Frequently he speaks out about the independence of the judiciary and the judges’ and prosecutors’ responsibility. He is member of a national NGO „Voices for Democracy and Justice” and the leader of the national programme for legal education of students. 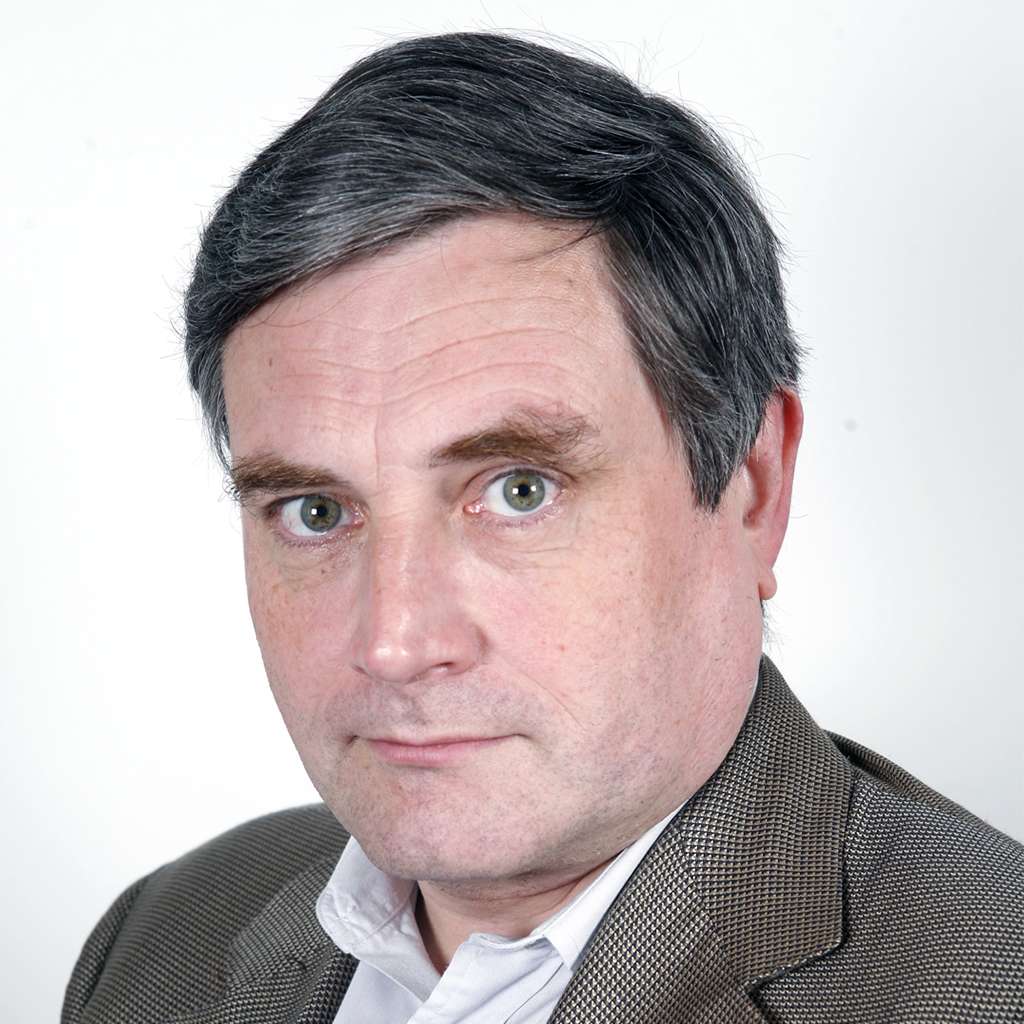 Christopher Coker is Professor of International Relations, LSE and Director LSE IDEAS. His most recent book is The Rise of the Civilizational State. He is a former editor of the Atlantic Quarterly. His books include Twilight of the West, Future War and Barbarous Philosophers: reflections on the nature of war from Heraclitus to Heisenberg. His books have been translated into 8 languages, though not alas Romanian! He lectures extensively in Europe, the US and Asia. 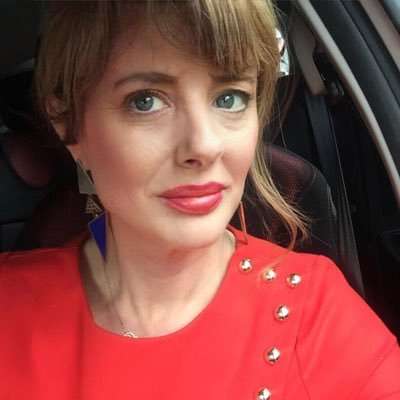 Alison Mutler studied Romanian literature and language at the University of London and graduated in 1987. She first reported from Romania, Bulgaria and Moldova before communism ended, and was in Romania, working for British television station ITV during the 1989 anti-communist revolt.  She moved to Romania in 1991 and joined the Associated Press which she left last year after 25 years. She has been president of the now defunct Foreign Press Association. She is now a correspondent for Romanian startup news site, universul.net. She occasionally freelances for Coda Story and Radio Free Europe among others. 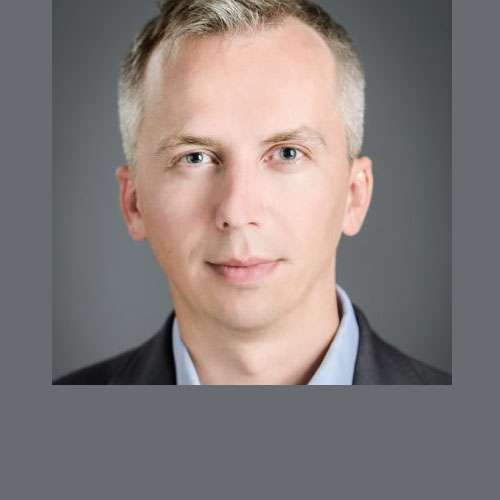 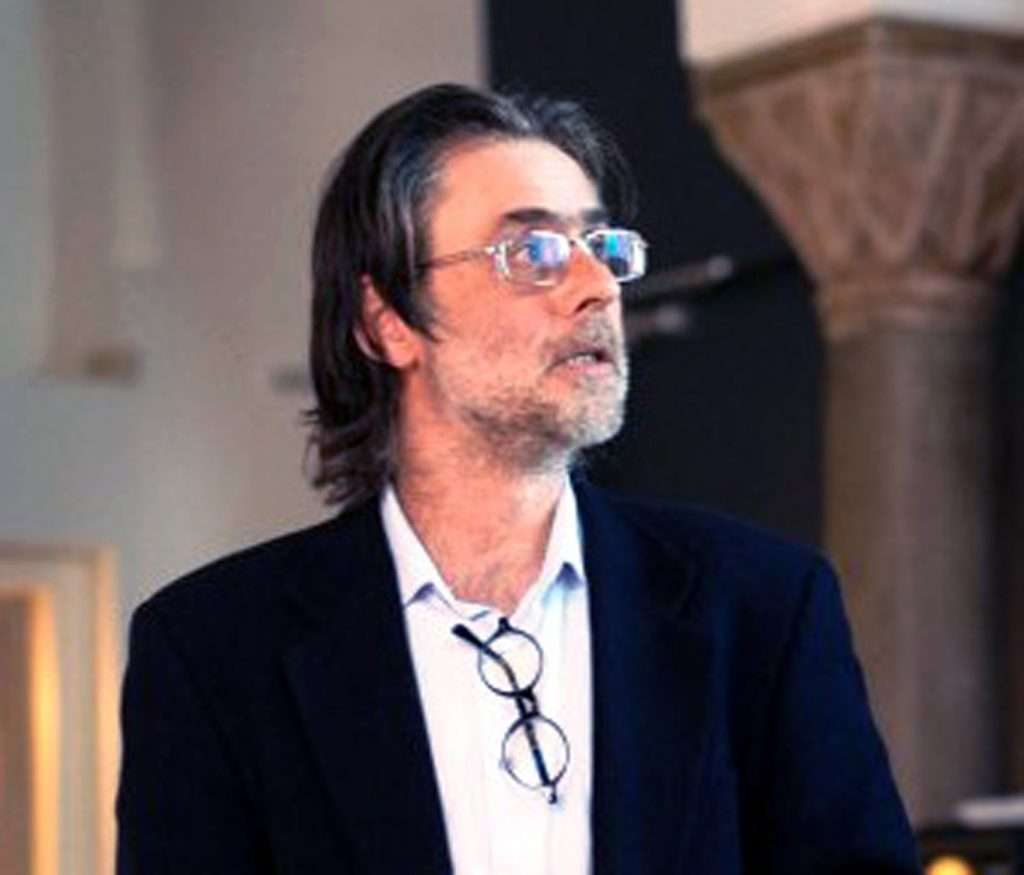 Carol Capita graduated from the University of Bucharest, Faculty of History-Philosophy, in 1988. After a brief period as a Secondary School teacher (both in rural and urban schools), he became a staff member of his alma mater since 1990.  He holds a Ph.D. in Ancient History, and a Ph.D. in Educational Sciences. His interests (in the field of Education) lie in the area of curriculum development, the use of sources in History teaching, and the initial teacher training of History teachers. He published a number of articles on the Didactics of History, as well as being co-author (with Laura Căpiţă) of two books on the Didactics of History, various teaching materials for the initial and continuing teacher training, and of several History textbooks.  He worked as an independent expert with the Council of Europe for the last 15 years. 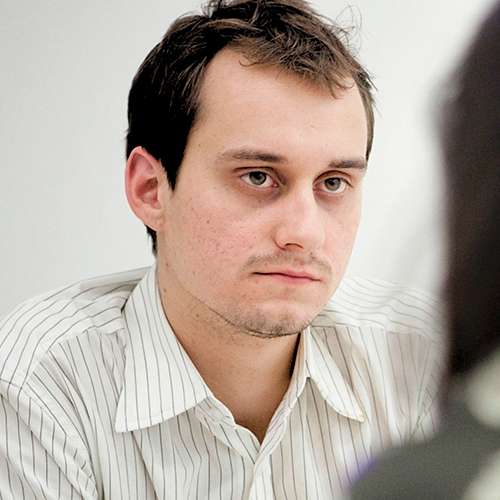 Kit Gillet is a British freelance journalist based in Bucharest, Romania, reporting on the Balkans and further afield. A former features writer for the South China Morning Post, Kit’s work now appears regularly in the international press, including for The New York Times, The Guardian and The Economist. Kit is also the central and eastern Europe correspondent for Sifted.eu, a Financial Times-backed platform focused on European startups and innovators, as well as a contributing editor at The Banker.